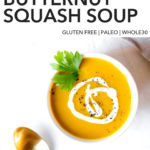 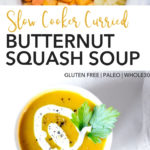 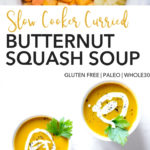 This Slow Cooker Curried Butternut Squash Soup is perfect for a cold day and gluten free, paleo, and Whole 30 compliant. It’s made with coconut milk to make it creamy, and curry and ground black pepper to make it just a little spicy. It’s a savory soup made simple in your crockpot. 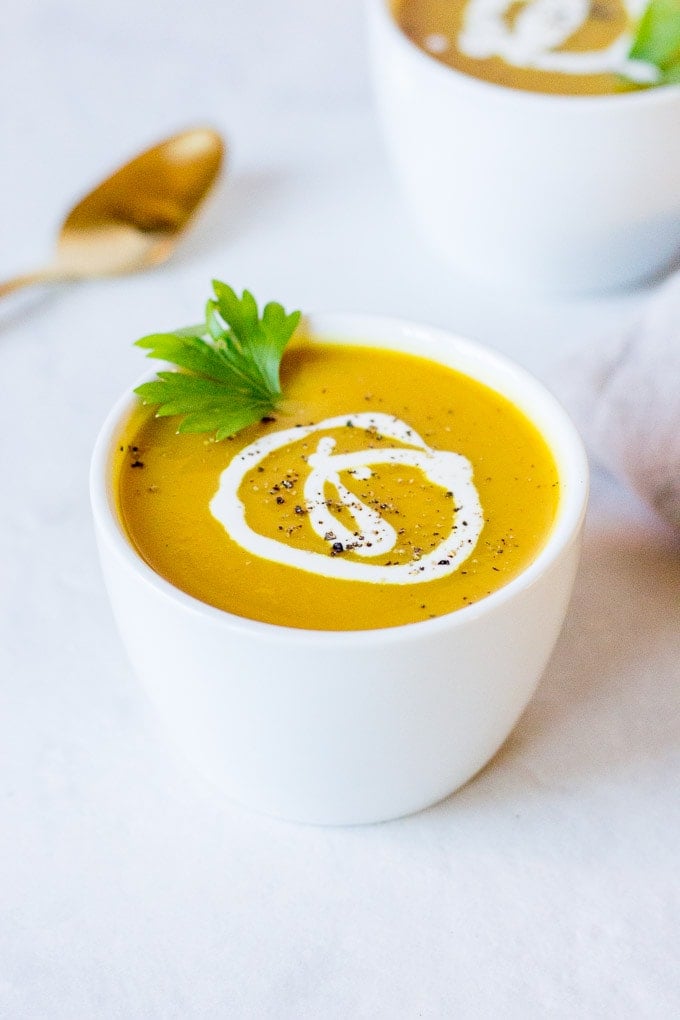 A good cup of soup can warm you right up, and it’s even better when it’s simple enough to make in a slow cooker. All you have to do is chop up the ingredients, throw them in, and cook them up. Give it a little blend and voila! Soup is done.

Of course there’s slightly more to it than that, but not much.

This recipe starts with 2 pounds of pre-cut cubed butternut squash. This amount is used because Costco has a package this size that I see year-round, which means making this soup can be super easy.

Once you’ve got the squash in there, chop up the rest of the produce and toss it in as well. Then pour in 2.5 cups of the chicken stock. If you are vegan you can used vegetable stock instead. The stock should come up high enough to cover nearly all of the vegetables, leaving the the highest layer still exposed. If you need a little more stock, add in another half a cup. 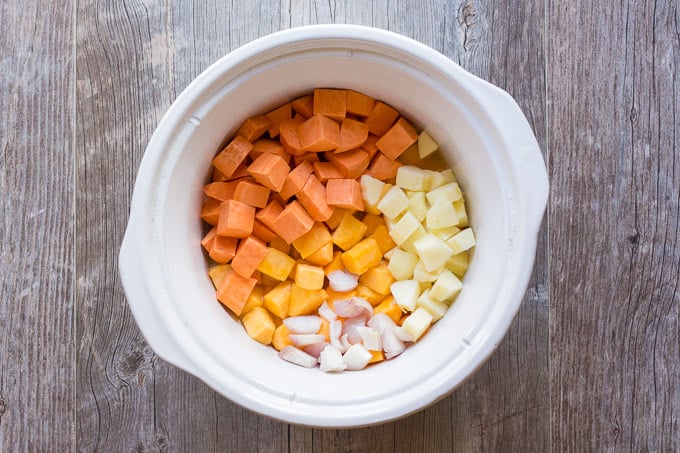 Plug in the slow cooker, put the lid on, and set it for 4 hours on high (or 8 hours on low). Then go about your day until the timer goes off.

Once it’s done cooking, get out your measuring spoons and add the spices. Then take out an immersion blender and blend all the cooked ingredients together. Do this carefully as the contents will be very, very hot.

If you don’t have an immersion blend, you can pour everything into a stand blender and mix it in there. However pouring the contents of the crockpot into the blender is likely to be very messy (and scathingly hot) so I would advise against it.

Blend with the immersion blender for 5 to 7 minutes, until all of the spices are mixed in and there are no lumps in the soup. Next add in the coconut milk, and mix with the blender again until everything is combined.

The soup is ready to serve! I like to add a swirl of coconut milk and a sprinkle of fresh ground black pepper to give it a little flair, but garnish as you see fit! 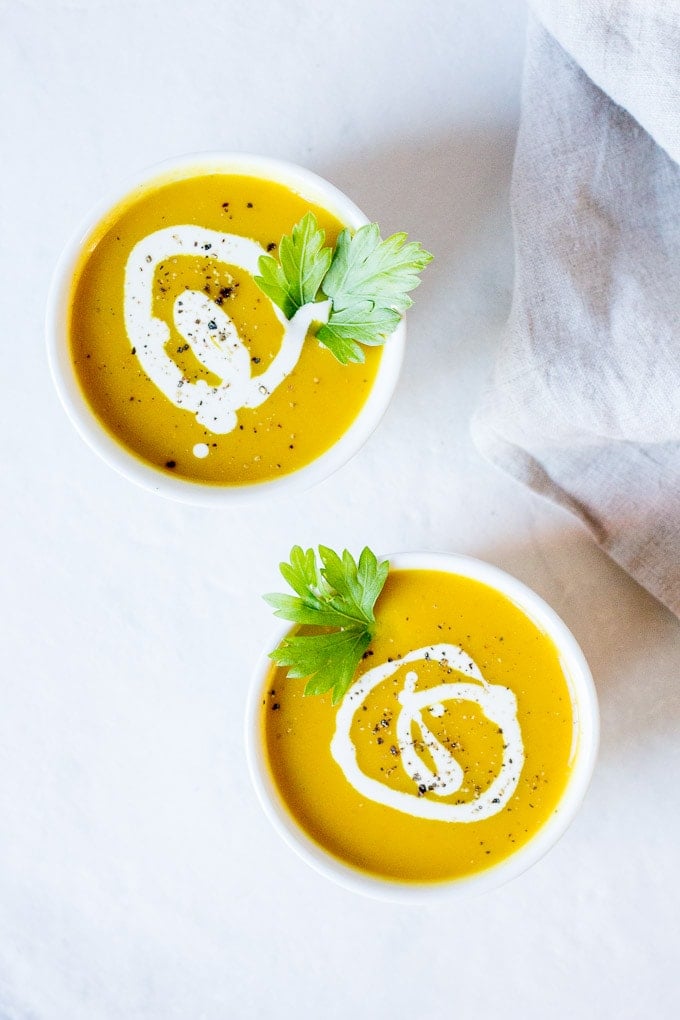 If you try this Slow Cooker Curried Butternut Squash recipe (or any other recipe) then don’t forget to rate the recipe and let me know how it went in the comments below. It totally makes my day to hear how a recipe worked out for you. 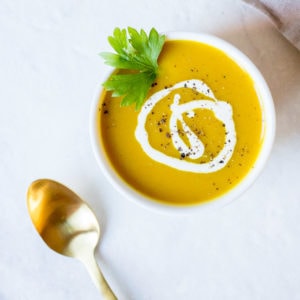 - This recipe uses pre-cut butternut squash. If buying a whole butternut squash, you’ll want one that’s around 2.5 pounds as cutting away the skin and seeds on the inside will reduce the total weight.