A sausage and veggie Potato Breakfast Hash is a great gluten free option for a weekend breakfast or brunch. It’s a one pan recipe using a skillet that goes from stove to oven. Bonus that it’s Whole30 compliant! 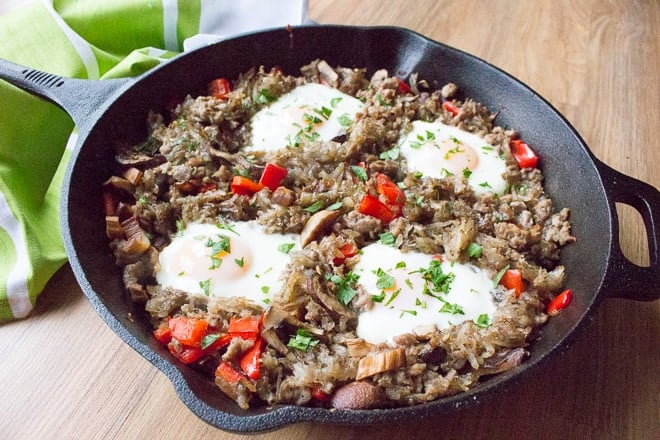 With Thanksgiving coming up, I was on the lookout for a hearty breakfast that would keep me full throughout the day so my dinner prep could occur unfettered. A potato breakfast hash with sausage, mushrooms, and red pepper is just the ticket, and putting eggs with it gives it a punch of protein. Plus there’s something about a soft yolk with the hash that creates an extra flavor boost. 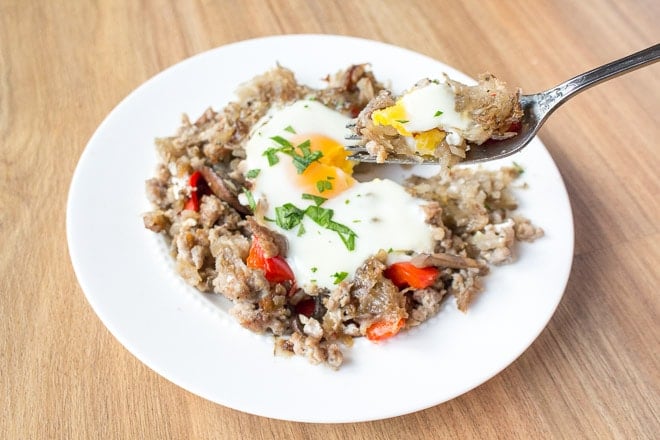 For this recipe, I did a bit of research to figure out what’s the best way to cook the potatoes without getting them too mushy. I found this resource and used it as a guide for the cooking process. The key is to first get all the moisture out, then par-cook them in the microwave before they go in the skillet. Then you have to let them sit for a bit in the skillet so they get nice and crispy. Be sure and keep the lid on as directed while cooking because the heat helps cook the mushrooms and pepper.

One of the perks of this dish is that it can serve 4 large portions or 6 smaller portions. Personally I usually do 4 large ones as I tend to want more for myself. I’m greedy like that with my breakfasts. And apparently my kids have inherited my greediness, as I got requests to put some on their plate as soon as it was out of the oven. 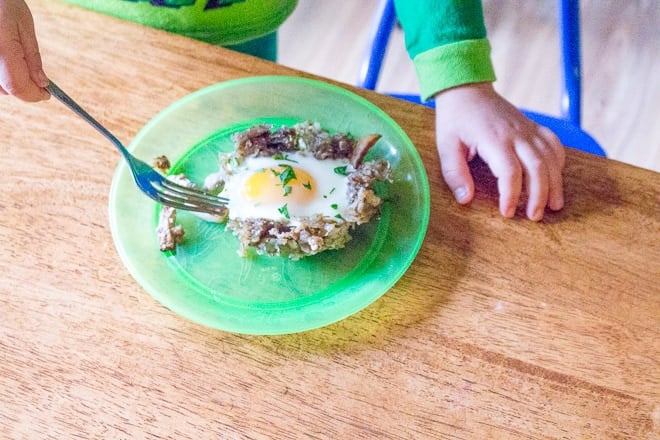 I hope you like this hash as much as my family does!

If you try this Potato Breakfast Hash recipe (or any other recipe) then don’t forget to rate the recipe and let me know how it went in the comments below. It totally makes my day to hear how a recipe worked out for you.

Pin this Potato Breakfast Hash with Sausage, Mushrooms, and Peppers for later!

Recipe for Potato Breakfast Hash with Sausage, Mushrooms, and Peppers 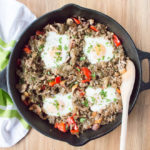