A Gluten Free Poppyseed Pound Cake recipe that’s perfect for the holidays or just when you get a sweet tooth. It’s a simple flavor that can stand on it own or can be eaten with a little ice cream. Keep it for you family or give it as a baked food gift! 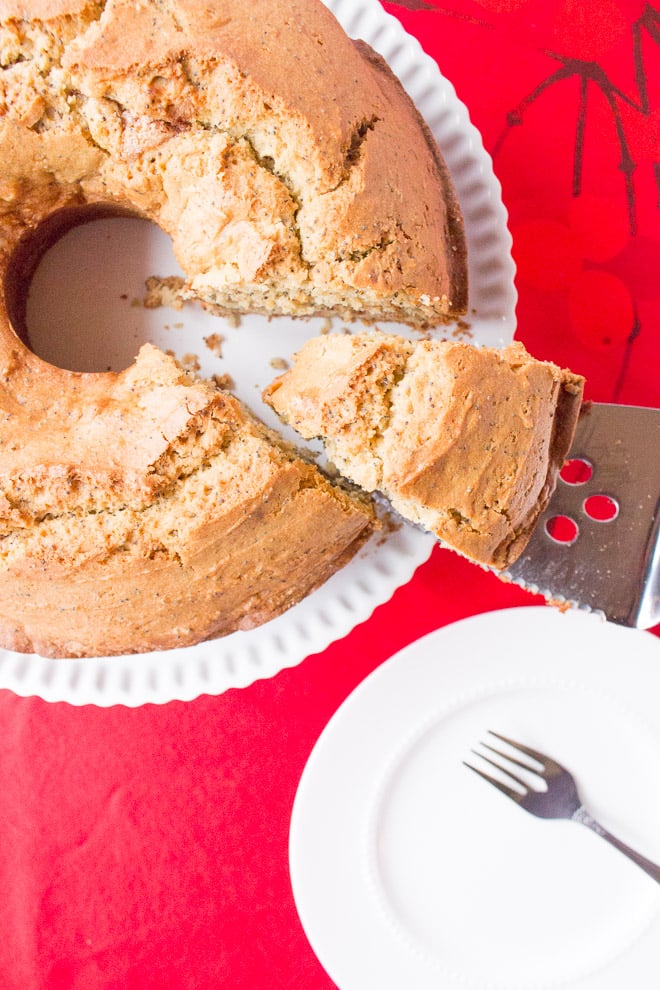 The holidays are wrapped up in food. Starting with the turkey at Thanksgiving, on through toasting with champagne at New Years. For me, food is part of the celebration and contains strong memories. Around Christmas, I start craving this family recipe that my mom always used to make. Except when I started eating gluten free, I thought I’d never be able to have it again. Thankfully, I’ve recreated this gluten free poppyseed pound cake, and it tastes just like the version I remember.

The flavors of the pound cake are simple, but delicious. There are a number of steps, but don’t let that scare you off. It is straight-forward and worth the effort.

Start by putting the poppyseeds into the buttermilk and add the vanilla. This is best done in a measuring cup (one less dish to clean).  Then separate the egg whites and yolks 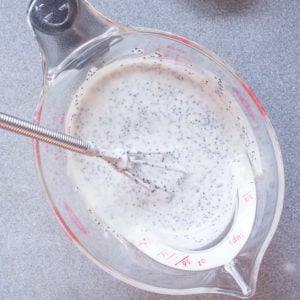 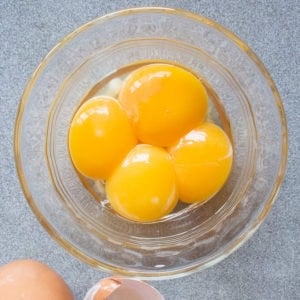 Next, whip the egg yolks until they’re stiff. It will look something like the following photo. 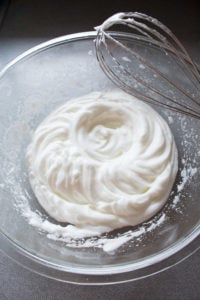 Then comes mixing all the ingredients together. I do this in separate bowls, then put everything into my stand mixer. 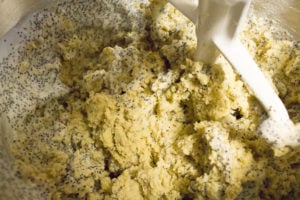 After the initial batter is mixed together, you need to fold in the egg whites. This is basically just very gently mixing them in, so they don’t lose some of their fluff. You’ll want to mix the whites in until they’re well blended. 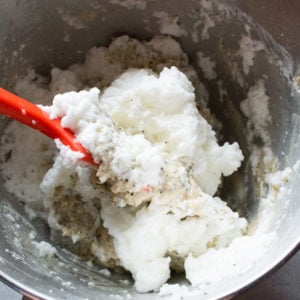 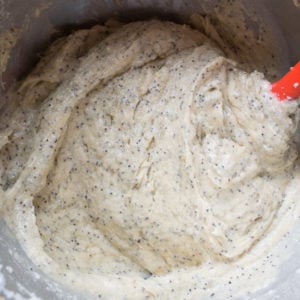 Up next is the layering, and this can be a bit tricky. The batter is sticky, so you kind of have to prod it with your spatula to spread it out. I’ve found it best to use short strokes to push it around a bit. Then you’ll spoon the sugar mixture in an even layer over the first layer of batter, put down another layer, then spoon the sugar mixture again, and finally spread the last layer of batter. 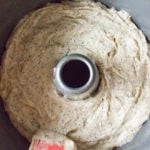 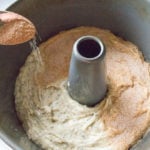 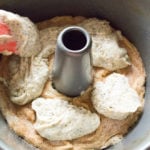 Pop it in the oven and bake it between 50 and 60 minutes, until the top is brown and a toothpick comes out clean. Let it cool a bit on a wire rack before slicing into it, but don’t wait too long!  There’s nothing better than warm pound cake. 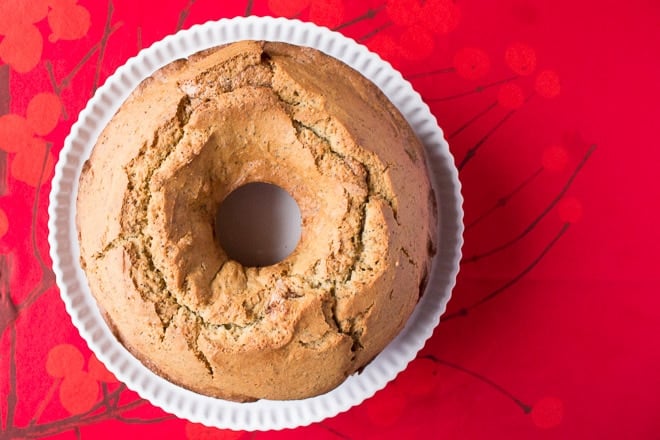 My kids agree, as they were underfoot the entire time I was baking this cake. They couldn’t wait to get their hands on a slice. 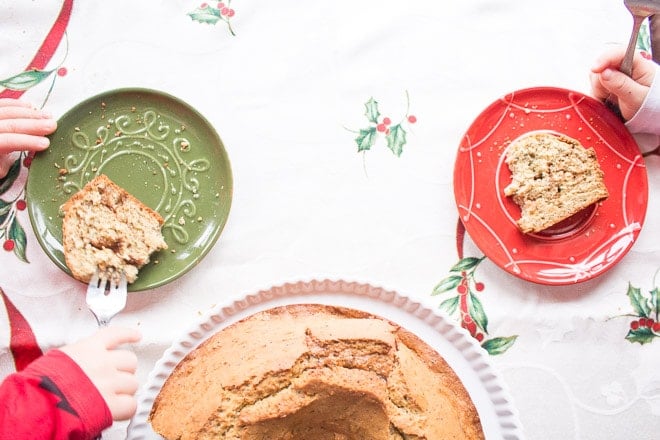 If you try this Gluten Free Poppyseed Pound Cake recipe (or any other recipe) then don’t forget to rate the recipe and let me know how it went in the comments below. It totally makes my day to hear how a recipe worked out for you. 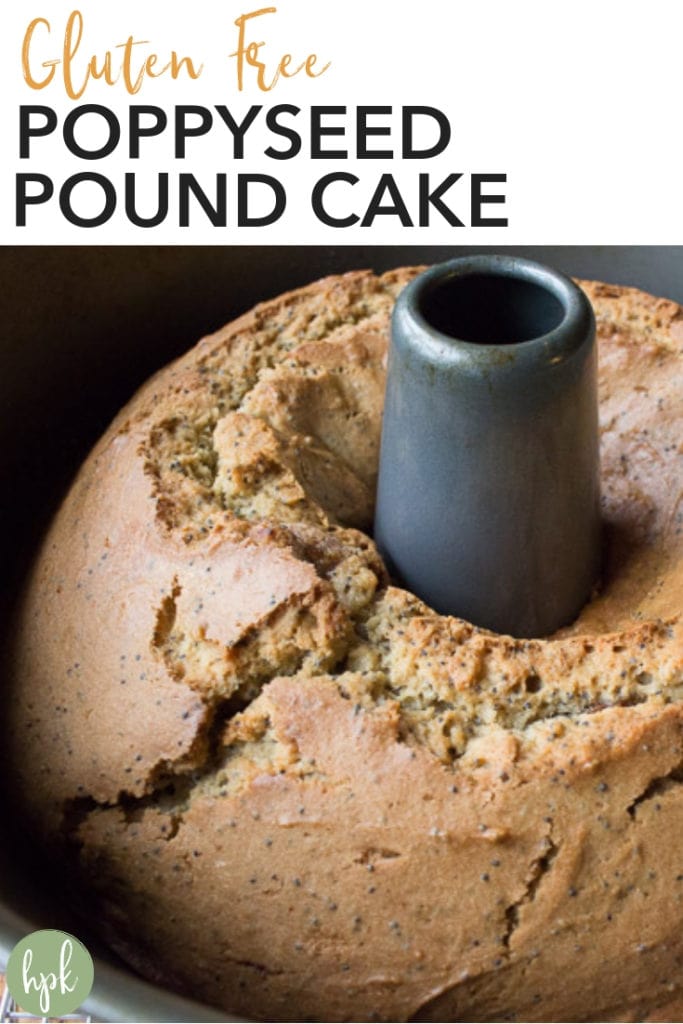 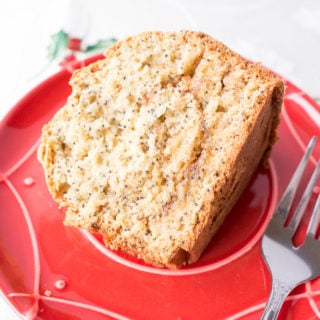 The flavors of this gluten free poppyseed pound cake are simple, but delicious. It's a great ending to a meal, or enjoyed in the afternoon with a cup of tea.
5 from 1 vote
Print Pin Share by Email Rate
Course: Dessert
Prep Time: 25 minutes
Cook Time: 55 minutes
Total Time: 1 hour 20 minutes
Servings: 12
Author: Taryn Solie 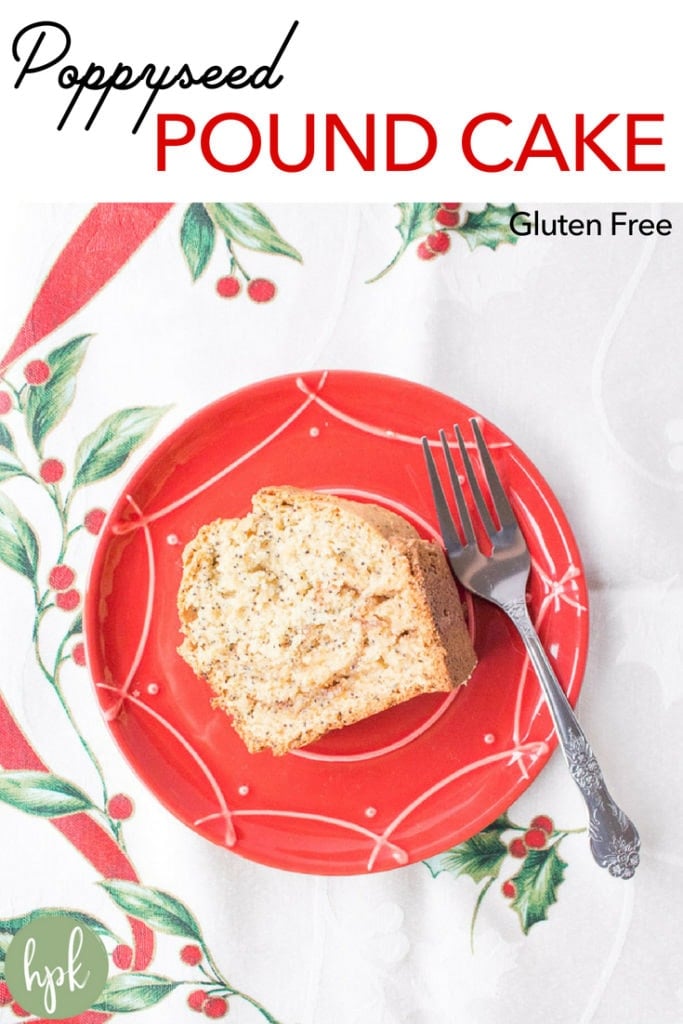